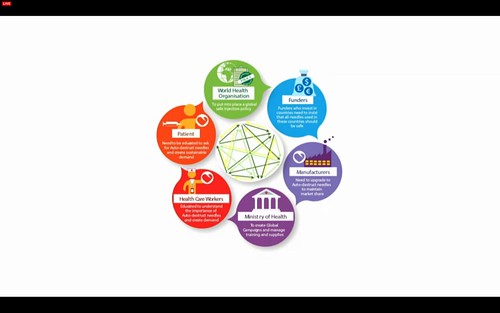 TEDMED 2014: Image from presentation, believed to be by Marc Koska.

At Stanford’s Medicine X event, the patient is front and center to the whole experience, an essential partner in helping to innovate in healthcare, as well as in helping to plan the event. In the week following #MedX the Healthcare Leader (#hcldr) Twitter chat also discussed the why and how of engaging patients in healthcare professional conferences with the goal of encouraging fast, relevant innovation in healthcare. Imagine my delight when the same theme cropped up AGAIN at TEDMED. The image opening this blogpost was captured from one of the presentations at TEDMED, I think one by Marc Koska, in which the discussion was about identifying the most important stakeholders for improving (revolutionizing) healthcare, and what relationships are needed among those stakeholder communities. As he kept talking, more and more lines were drawn, connecting the various groups. Ultimately, they are all connected to each other. Thinking of patients, this means patients should be actively engaged in conversations with health care providers, insurance, policy makers, device designers and manufacturers, drug companies, researchers, and so forth.

Part of the point of engaging with actual patients is that you don’t always know what they’ll say. You want to help, and you think you know what will help them, but you can’t truly KNOW until you talk with a lot of patients, to learn about different types of experiences, needs, and perspectives. Sometimes what they say can be quite surprising. Kitra Cahana was a presenter at TEDMED who described her father, Ronnie, spelling out messages with eyeblinks after a major stroke resulting in “locked in syndrome.” What was he saying? Some of the most intelligent, coherent, poetic messages describing the patient experience that I have ever encountered. 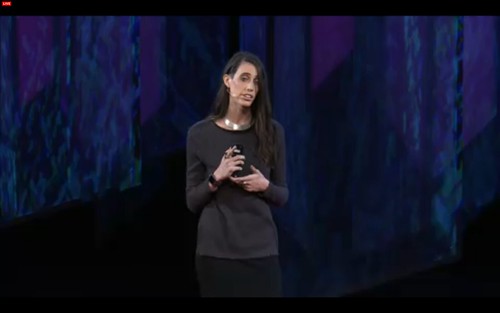 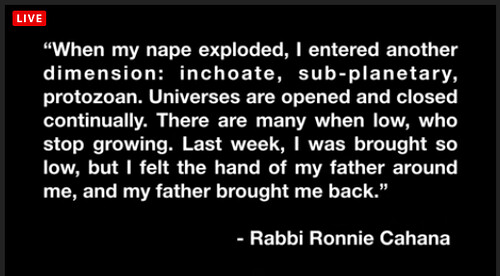 ePatients and #s4pm’ers -tweet me your reactions to these questions & I’ll capture them here #GreatChallenges #tedmed pic.twitter.com/JU4V6jvACs

"What if doctors were to become totally transparent with our patients?" –Dr. Wen at #TEDMED. http://t.co/t4O5VKZH4n pic.twitter.com/4oZtEKQwOT

"I call upon all of us healthcare providers to take off our white coats and show our patients who we are. Join me." – @DrLeanaWen #TEDMED

"The letters came in and said: 'Let us patients decide what's important when choosing a doctor!'" – @DrLeanaWen #TEDMED

.@DrLeanaWen is absolutely right: Without trust in a doctor, patients have fear. | How can patients hope to be engaged then? #TEDMED

@nickdawson my perspective as a patient is "if I don't care about healthy lifestyle, why should my HCPs?" I care. #GreatChallenges #TEDMED

@LAlupusLady @nickdawson ePatient: If I can learn to understand impacts of my personal genomics, why can't my docs? #tedmed #greatchallenges

@LALupusLady “Manage my chronic condition with a TEAM of HCPs, also strive to control flares”

@nickdawson @pfanderson #Listen to the patient's true needs to meet them where they are. #health #TEDMED #GreatChallenges

@nickdawson Empower for healthier dec. by educating/encouraging them and advocating for necessary social changes #TedMed #greatChallenges

And both have "patients" 😉 “@DrLeanaWen: What do you call a vet who can only treat one species? A physician! From @zoobiquity #TEDMED”

I imagine a healthier world where patients are at the center of a healthcare team that includes family and friends. #TEDMED #TEDMEDImagine

Role of Patient ctd: To learn how2 ask for & accept help & be the best self I can be. @nickdawson #s4pm #GreatChallenges #tedmed