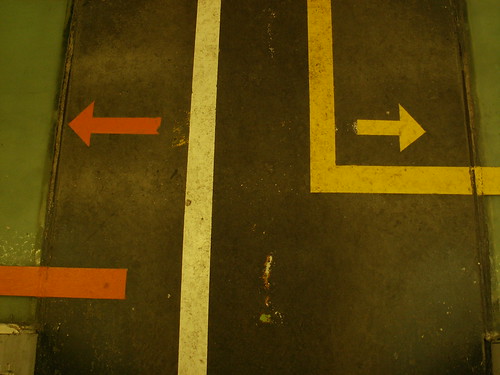 Libraries change lives. As medical librarians this concept is at the heart and soul of our daily lives. What we do either directly informs the patient or the care provider, and can change both individual lives as well as the standard of care across institutions and nations. We all have stories of this happening. Sometimes it is that the information actually changed the progression of a disease or healing from an injury, while sometimes it is simply the caring and sense of someone listening who cares and understands.

This year, for National Library Week (which, by the way, starts today), the theme is LIVES CHANGE! Barbara Stripling, the President of the American Library Association, has proposed the Declaration for the Right to Libraries. Getting people to sign the Declaration is only part of it. Another part of it is getting people to stop and think and talk about how libraries have changed their lives.

Was it the librarian who made a safe place for you when you were a child in an unhappy home?

Was it the librarian who got you permission to access secured information for a school project that ended up becoming your career?

Was it the librarian who quietly found just the right book to help you deal with something that was troubling you?

Was it the librarian who dug deep and found some less common treatment ideas when everything else had failed?

Was it the librarian who kept your health challenges private, but gave you a person to talk with when there seemed to be no one?

Was it the librarian who listened to every idea you had for your thesis, and then turned up surprising tidbits you didn’t know you wanted?

Was it the librarian who helped you find and connect with a person to prototype your invention to make a new career for yourself?

Was it the librarian who found the answer to that one question that your next big project hung on, making it possible to complete the planning on time and under budget?

The hashtags for the week are associated with this meme – Lives Change, and National Library Week. Now, go sign the Declaration, and then tell your librarian you did, and why.

There is a lot of data in the world. Thank a librarian this week. #NLW14 http://t.co/Aiwf7nU67p

"The library is the temple of learning, and learning has liberated more people than all the wars in history". ~Carl T. Rowan #NLW14

As a child, I'd race to the library & stagger out with a tower of books. Books were friends & adventures & knowledge. #NLW14 #LivesChange

"Anyone who thinks the world is without magic, hasn't been to a library."~Amy Dominy #NLW14

“When a #library is open, no matter its size or shape, democracy is open, too.” http://t.co/Q8O3XERCt9 @WAStateLib @brainpicker #NLW14

"My library allows me to dream BIG." #NLW14 #LivesChange http://t.co/EswClq5K9e

Libraries changed my life by giving me somewhere to be besides the cafeteria or the gym at lunchtime. #liveschange #nlw14

#LivesChange at the library. A story that starts with a girl and Google Glass. https://t.co/HOH4UqagmX #NLW2014

Giles wasn't the only librarian helping to ward off evil. Happy #nlw14!!!

Libraries changed my life 'cause I could read newspapers & magazines our family couldn't afford to subscribe to. #liveschange #nlw14

MT @judyblume Libraries — loved them growing up, love them still! Wanted to be a librarian… #NLW14

Library changed my life twice: once as a child @ the bookmobile, once as an adult by hiring me. #NLW14 #LivesChange

RT @ALALibrary: MT @Willdobbs:: Libraries changed my life by giving me a supportive place to be a nerdy bookworm. #liveschange #nlw14”